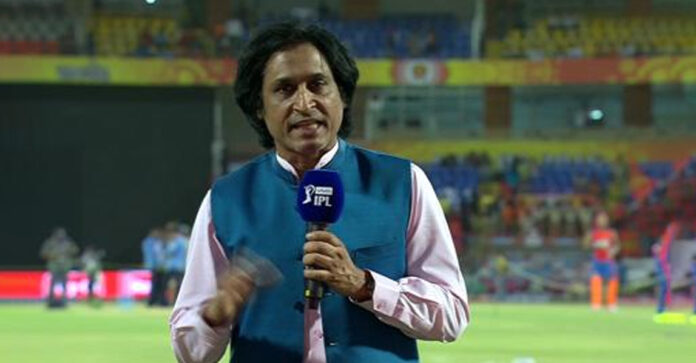 Rameez Raja Jr. accused Waqar Younis of racism. My only international tour was horrible because of Waqar Younis’s satire, I just wanted to go home, the coach told me to learn Punjabi, not even training with Sohail Khan: International cricketer Allegations against former Pakistan cricket captain and coach Waqar have intensified.

His critics include former international cricketer Rameez Raja Jr. after Mohammad Amir, Shahid Afridi and Ahmed Shehzad. According to Geo Super, Rameez Raja Jr., who played two Twenty20 Internationals in 2011, accused Waqar Younis of racism and claimed that he used to discriminate between Karachi and Punjab players during his 2011 head coach. Rameez Raja Jr.

said that I was insulte by Waqar Younis in the only tour with the national team. He taunted me a lot just because I belong to Karachi, that tour became horrible for me and I just wanted to go home.

Moreover, Rameez Raja Jr. also claimed that Waqar asked him to learn Punjabi. And did not allow him to train with Karachi fast bowler Sohail Khan. He said that Waqar Younis asked me to learn Punjabi to stay in the team, he used to speak Punjabi in all team meetings.

According to Rameez Jr., once he was aske to go for training with Karachi fast bowler Sohail Khan. Waqar Younis refused and said that this is not a Karachi team. Meanwhile, Test cricketer Ahmed Shehzad has been actively talking about Waqar Younis’ report against him for the past one week.

interview to a private

In an interview to a private TV channel, he again said that after the 2015 World Cup. Najam Sethi wanted to make me the captain instead of Misbah-ul-Haq. Waqar remarks ruined my career. If I have done something wrong, be punishe but do not play with the career.

Younis had submitted a report against me to the cricket board. He did not see the report himself but an official had said that. Younis had given this report regarding me and Umar Akmal.

It may be recalled that former fast bowler Mohammad Aamir had also criticized Waqar Younis and announced his retirement and separation from the national team while former captain Shahid Afridi had also used harsh words against him.

Interestingly, Waqar had in the past termed Shahid Afridi as very angry and unserious. On this report, Afridi was removed from the leadership and the responsibility was handed over to Misbah-ul-Haq.

In response, Shahid Afridi said in response that everyone in the team management should do their job. Waqar based in Australia, could not be reache for comment.

Fractures of the bones wrists, sleeves, hands and fingers

List of Best Movers in Dubai Based on Google Review

Importance and Benefits of Balanced Diet