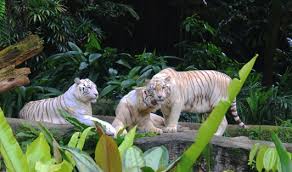 Best zoo Around the World. So, what is the world’s largest zoo? ” Are we counting the number of species in captivity or the zoo’s overall land area? If we only examine the latter, Texas’ Red McCombs Wildlife, with its 12,000 acres, are the world’s largest zoo. However, it only boasts 20 animal species and is more of a natural preserve than a zoo. However, simply counting the number of species does not appear to be sufficient.

Best zoo Around the World

The Columbus Zoo and Aquarium is a non-profit zoo in Columbus, Ohio, just north of the city. Over 5,000 animals representing over 700 species live in the Columbus Zoo, which is organised into geographical zones across the world. The zoo began work on expanding the 82-acre (37-hectare) zoo over the next ten years in 2004. The 120-acre extension will contain both a polar and an African habitat.

The Moscow Zoo, which has been welcoming tourists since 1864, is one of Europe’s oldest zoos. The Moscow Zoo now includes about 6000 animals representing 927 species and is Russia’s largest zoo, covering an area of around 53 acres (21.5 ha).

Best Lakes to Visit in Pakistan

Some Amazing Places to Visit on Vacations

Most Attractive Beaches in UAE